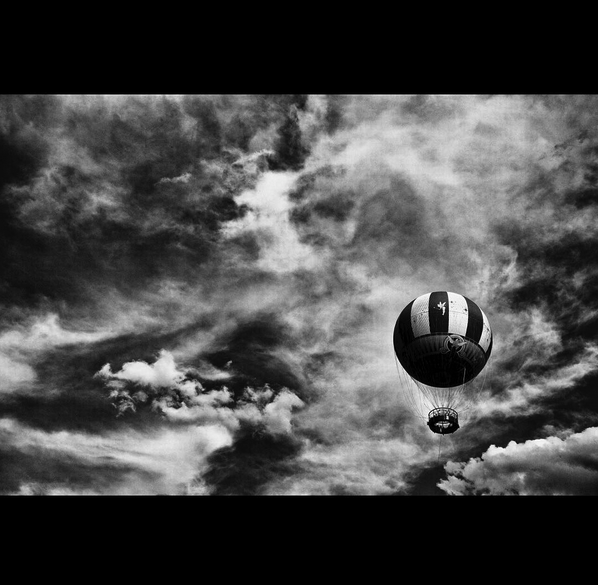 “The Smell Of Rubber” by Chris Schmelke

Anyone who has followed this blog knows that Chris Schmelke is a huge influence for me. I’ve been so fortunate that he has always been willing to give me advice and support and encouragement, and he’s become like a big brother for me. He also happens to be one of the most talented photographers I know.

A lot of his “not work” photographs are landscapes but feel like more than that; they are haunting images concentrating on everything from the very small to the very large parts that make up a certain place or location. Desolate photos of an overgrown abandoned hospital, headlights of taxis and cars in a traffic jam in the middle of New York City, a Stormtrooper uniform in a Star Wars exhibit, an empty boardwalk over still water, his children at a playground.

My favourites are his black and whites featuring skies. The tonal and dynamic range, like the photo above, is incredible and gives so much depth and dimension you can almost see them rolling across the frame. It’s breathtaking and inspires me to work harder on my black and white photography. 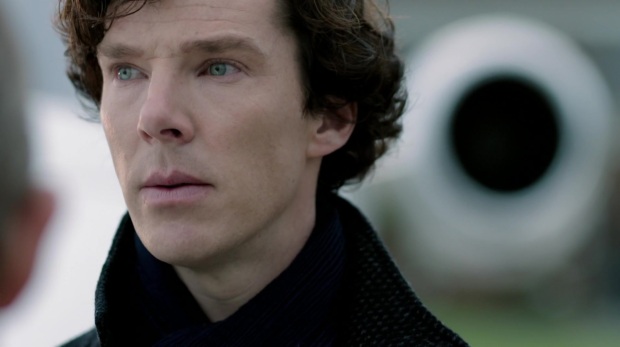 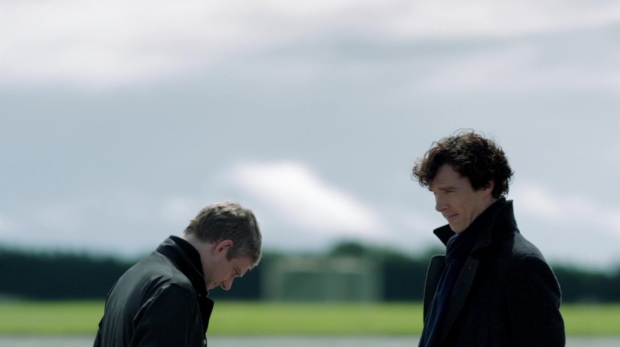 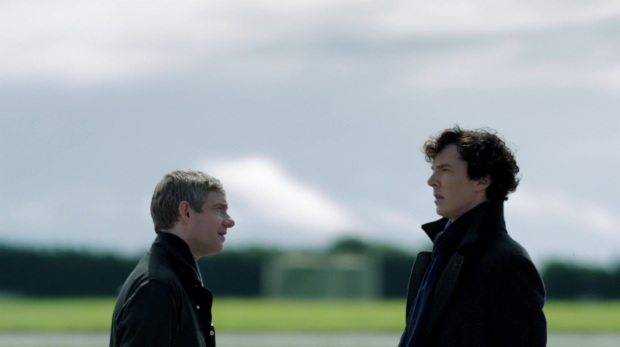 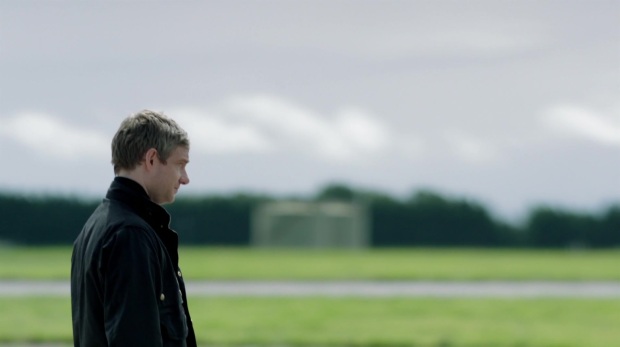 When I saw The Abominable Bride on the 2nd of January, it reminded me of this scene from the 3rd Season finale (two years ago!)

The framing of this scene always struck me as very important and deliberately done – going from very tight shots of both Sherlock and John’s faces to show the intimacy of their parting, to these long form shots where they are centered in the bottom half of the frame with lots of negative space around them.

I’m a big fan of negative space and how it can be used in composition. It’s odd, how space can actually be used to signify closeness in this way. Rather than a feeling of emptiness it emphasizes the “us against the world” bond the two have.

Contrast that with the last frame of John standing alone, in which the negative space is suddenly about isolation, and being left behind.

I don’t press the shutter. The image does

This is a quote by photographer Diane Arbus, an American photographer during the decades spanning the 40s to the 70s who was “noted for photographs of marginalised people—dwarfs, giants, transgender people, nudists, circus performers—and others whose normality was perceived by the general populace as ugly or surreal.”

What struck me about this quote was that a lot of the time when I’m taking photos it feels like I’m not fully in control of what’s happening. Mechanically and technically I am making adjustments to settings etc, but the actual act of knowing when to take a shot often feels like it’s some esoteric process that doesn’t quite belong to me.

That’s why it’s so hard when someone asks questions about it; I’m not being deliberately obscure, it generally is something I know little about myself. I can recognize and anticipate when I think a moment will happen and I can frame a shot around that moment, but exactly the THE moment when my finger depresses the shutter I feel like I have very little control over. It just happens. That feeling of knowing exactly when is something that’s very hard to explain.

Below are a few of Diane’s works. She was a talented, extremely interesting person. 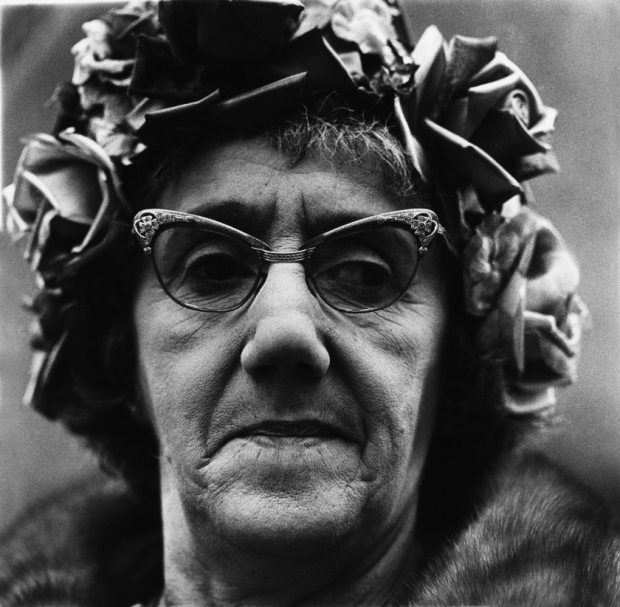 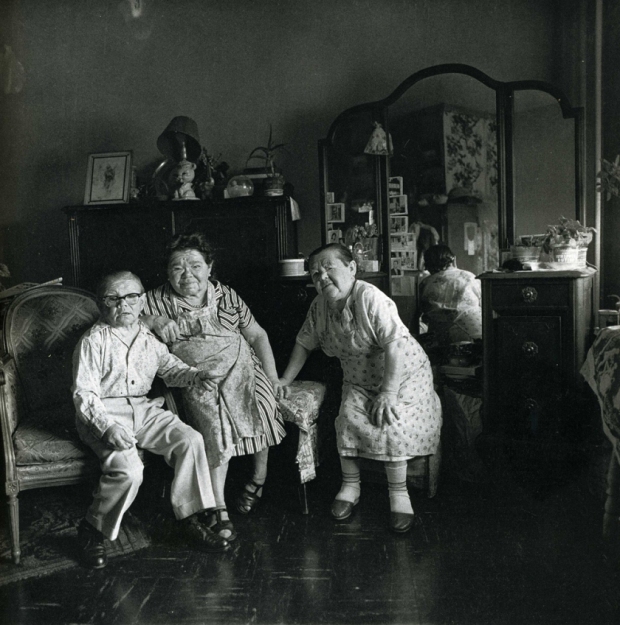 The very first thing that struck me about this photo was how stark the contrast is. The black is a very inky jet black but very clean; no graininess, which can come from shooting at very high ISOs as you tend to need to do at conventions (ohh what I wouldn’t give to have a photo with no “noise” to play with). The white of her skin is very white – there’s no murkiness or muddiness in it, it’s not slightly brown toned. It’s just very black and very white with subtle shades of grey in between. Black and white, when done properly, is so amazingly flattering to a face.

The second thing I noticed is that the black of her shirt / dress completely disappears into the backdrop. I cannot tell you how many times I have been in a Facebook photography group and had people say that this is “incorrect” because there is no line of definition between the subject and the background. And from a pure technical point, sure, that’s true. You want to give a photo depth, not make it shallow and one dimensional which can happen if someone blends into the backdrop. But this is quite obviously a creative choice on the part of the photographer, and it highlights her. She does anything but fade into the background. The contrast is so stark, the strong eye connection is still there, and yet the depth of field used means that her neck is slightly blurred, so it is receding into the background to give us a feeling of depth.

So basically my point is don’t listen to anything anyone tells you on Facebook.

I wasn’t going to do a project this year.

I had done the 365 Project in 2014 (a photo a day) and the 52 Project last year (a photo a week) and that felt like enough for me. But then so many people I knew were starting projects, and it felt like it was actually a good way to keep my blog more active, rather than just sporadic posts when I get back from conventions.

So I decided I would post one thing that inspires me every day this year. That’s 366 days this year (leap year!)

It can be a photo, but it doesn’t have to be a photo. I get inspiration from weird places – it can be a photo, song lyrics, a quote, a word, a colour palette, a frame in a television show, something someone says randomly in the middle of a conversation etc.

I just have to try to explain why it’s inspirational, that’s the only catch. Not a big dissertation, but the thing about whatever it is that really reached out and made me take notice.

I’m hoping as well as making me blog it will keep me really looking and being open to inspiration.

So now I’m four days behind, so I have a little bit of catching up to do.