You know those essays that you had to write on different books in high school? Or if you studied literature or poetry at Uni? Or music theory? Or art theory? Sometimes it can be tiring to break down art and into its smallest parts and analyse the different layers. There’s a danger that it can leave the book / play / artwork / poem / song lyric / photograph as something dry that no longer feels the same as before.

I wanted to look at why I felt certain reactions towards certain photos, but I didn’t want the above to happen. So I’m going to steer clear of going too technical, instead looking at the very first fleeting emotional response I had when looking at the photo.

Many photographs have been born out of the current racial tension in America, showing the widespread violence and fear, but for some reason this photo below is the one that people are talking about, and are using words like “iconic” to describe.

The photograph, by Reuters photojournalist Jonathan Bachman, shows a young woman facing down police officers in riot gear who are trying to quell protestors in Baton Rouge, Louisiana. The woman, later arrested and identified as nurse Ieshia Evans, stands resolutely in the face of opposition.

The photo has become so popular, and so symbolic of the current climate in the US, that people are comparing it to Jeff Widener’s photograph Tank Man, of a man standing before a convoy of tanks during the protests in Tiananmen Square in Beijing, 1989. Which is remarkable, because even if the name is unfamiliar, a lot of people can at least recall the image of Tank Man, it is so pervasive in our cultural recollection.

Why did the photo of Ieshia and the riot police evoke such a strong reaction for people? In a time where we are bombarded by images 24 hours a day, for a photograph to quickly gain as much attention as it has is a huge feat and speaks to the fact that photographs are still a powerful means of shaping and framing our humanity and experience. Blogs have been written about the photograph, dissecting every aspect of it.

For me, my first reaction to the photo was that I was immediately drawn to the young woman. People will speak of the contrast between the heavily suited and armed police officers and the almost bare woman, but if we’re to look at her she is an incredible anchor point in the photo. She is resolute, immobile. Her back is ramrod straight, her fists are clenched. And yet she’s wearing a flowing summer dress, that is blowing gently and moving about her as she’s completely still. She’s not holding a weapon. Her face is serene almost, resolved.

In the face of that power, that contradiction, it almost looks like the police confronting her have been rocked back on their heels. They almost look as though they are put off-balance by some invisible forcefield around her. They are heavily covered head to toe in black. They are the ones who are shielded, protected, and yet they are almost cowering.

The photo is bare and doesn’t look edited. You can practically feel how hot and oppressive the air is, the light, very small breeze blowing her dress but not offering relief to the scene. Those were the things that stood out for me. It’s those tensions between elements in the scene that tell us so much about the tensions of what the photograph is about.

Is it iconic? Yes, I think so. Will it be talked about an recognised like Widener’s Tank Man? I’m not sure. Like I said, we don’t consume photographs in the same way that we used to. However we won’t know until it’s decades down the track and we are looking back on the current political climate in the US. But I think people will use Bachman’s photo of Ieshia and the soldiers as one representation and visual aid to help discuss our human experience.

I have been lucky enough to travel to Rome for the last two years for the big Supernatural convention there, Jus In Bello.

It is a massive convention with a very different energy to it than the other conventions run throughout the year. There are always lots of guests, and the guys always seem more relaxed and have more fun during their panels and in their interactions with fans.

This year I was doubly blessed because my friends and I won passes to Roman Holiday a three hour tour of some landmarks in Rome with some of the guys from the show. It is an extremely limited event with only a few available places (it’s like winning the lottery!) so we were so fortunate enough to get to go. It was a wonderful opportunity to take photos.

So I will break up my posts about JIBcon into two lots, the first will be photos taken on Roman Holiday, and the second for photos from the rest of the convention.

Because of security, the location for Roman Holiday isn’t known until we are actually on the bus on the way there. We were taken into the very heart of Rome, to the Trevi Fountain, where we took photos and waited for the guys to show up. Sure enough, Misha Collins, Rob Benedict, Richard Speight Jr, Jason Manns, Matt Cohen, Sebastian Roche, Steve Carlson, Brock Kelly and Ty Olsson sauntered over to us, and after some initial nervousness we started the tour.

Walking along the thousands-of-years old cobblestoned streets of Rome with the guys from Supernatural? Not something that I would have expected to ever do, but makes a pretty kick ass entry on a bucket list.

The guys were all really warm and friendly and made an effort to talk to everyone, even those who were too shy to approach them. We walked first to the Palazzo Doria Pamphilj, to see the Doria Pamphilj Gallery. It was beautiful, filled with paintings (a Caravaggio!) and statues and luxuriously decorated with sixteenth century chairs.

We then made our way to the Sant’Ignazio Church, with it’s fabled ceiling that is painted to give the illusion that there is a huge and lofty cupola, rather than a flat ceiling surface. It was one of the most beautiful things I have ever seen, and it was amazing seeing Misha Collins just as taken aback as I was (but then he made a joke about the building not being finished properly, so they had to paint their way out of a dilemma).

The last stop on our tour was the Pantheon. We had seen so much and I was so grateful and yet I still didn’t want it to end! I felt so lucky to have got to experience it all.

I don’t often tell people when I’m going to these things, because I feel weird about talking about it. But I am so, eternally grateful that I have the opportunity to do these things, and I don’t want anyone to think I take a minute of it for granted. Because I don’t.

Thank you to Daniela Chiusa and the wonderful Jus In Bello convention crew for an amazing experience, and thank you to Misha Collins, Rob Benedict, Richard Speight Jr, Matt Cohen, Sebastian Roche, Brock Kelly, Jason Manns, Steve Carlson and Ty Olsson for spending the morning with us in Rome and for helping to make it so memorable.

If you would like to see the rest of my Roman Holiday pictures, visit the gallery here

On the 25th April, I went into the Melbourne CBD to watch the annual ANZAC Day Parade. The March is an important tradition in Australia, and I thought it would be a wonderful opportunity to take some photographs. 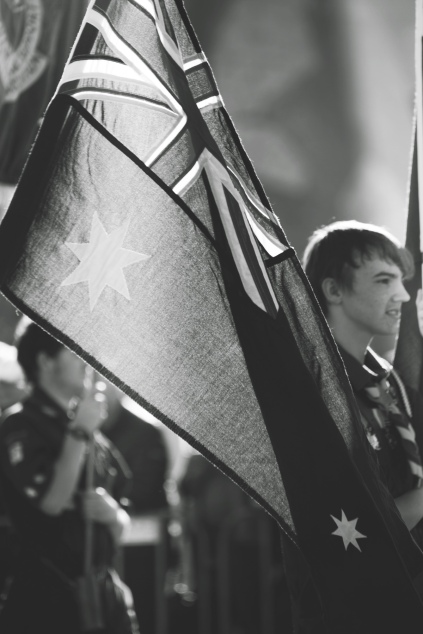 Anzac Day is a national public holiday and is considered by many Australians to be one of the most solemn days of the year. Marches by veterans from all past wars, as well as current serving members of the Australian Defence Force and Reserves, with allied veterans as well as the Australian Defence Force Cadets and Australian Air League and supported by members of Scouts Australia, Guides Australia, and other uniformed service groups, are held in cities and towns nationwide. The Anzac Day March from each state capital is televised live with commentary. (wikipedia)

I hadn’t been to an ANZAC Day March for a few years, and I was overwhelmed by how many people were there. Young, old, veterans, supporters, families. It was so moving to see so many people getting into the spirit of gratitude. No matter your personal stance on war, I think it is an important acknowledgement of the sacrifices made and it is gratifying that the younger generations will be so enthusiastic carrying it on. 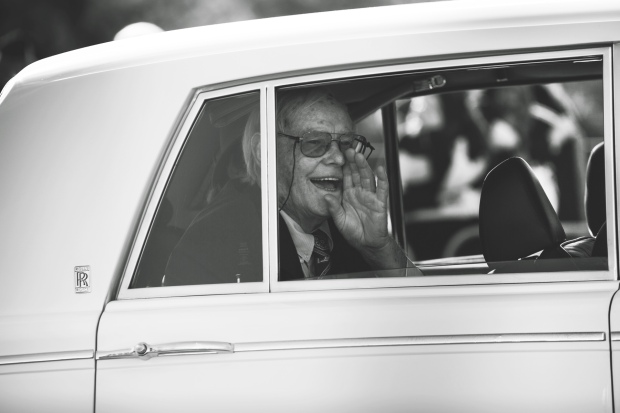 I find street and documentary photography so fascinating, and this was such a good photography experience. There was so much atmosphere and spirit there, and I just hope that I managed to capture even a fraction of it through my lens.

For more photos from the ANZAC Day Parade, view the gallery on stardustandmelancholy.com here

I have discovered a few things over the past week or so about photography in general and my own photography.

Well, this is my first post on my photography blog.

I know that this is a big step in getting notice for my portfolio, but at the same time I am worried that I don’t have anything to say. Or that what I say is the wrong thing. Or that people don’t even want to hear what I have to say.

People who (like to think they) are creative are just insecure and self conscious by nature, I guess.

The funny thing is that for the longest time I actually thought writing was what I really wanted to do. I was so sure about it. I was told I had a way with words. But I always felt like a fraud. I had so many projects I started and couldn’t bring myself to finish. Everything in my head sounded so much better than when I tried to convey it on paper.

With photography, I kind of feel like I’m more connected with my mind’s eye. Like what I’m trying to say is better expressed, if that makes sense? I truly feel like I can convey feelings and emotions through capturing a point in time.

As I’m learning, I find myself strongly drawn to documentary style shooting. Street photography, wildlife, even documentary style wedding photography. Raw emotion, that is unfussy and candid. I have absolutely nothing against fine art photography, or heavily posed studio work. I love that and admire it and do want to learn that aspect too. But there is something so starkly beautiful about a piercing gaze from a person in a black and white portrait that I find so arresting.

I feel better that I sort of have a clear idea of the direction I’m heading. Now to just take the first few steps.